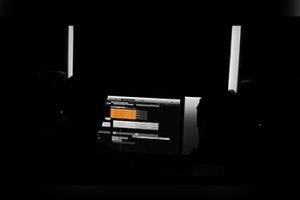 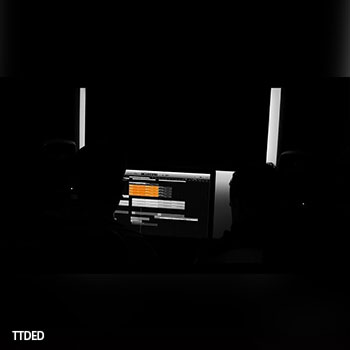 The Audiotricz Producer Pack v2 is a hands on experience, allowing you to step inside their track SHAMED.

The pack comes with an unusually extensive sound library of trademark Audiotricz synth patches, as well as exclusive content from SHAMED.

SHAMED Walkthrough Tutorial: Audiotricz walks us through the Shamed project file from beginning to end, discussing everything from how the initial idea for the track came to be all the way down to dissecting each layer. Hardstyle sound design is all about the processing, and Audiotricz are all about sound design. The boys show us how they make their FX racks, which order they place their FX, and how to EQ in between to carve out the desired frequency space for each sound.

The song started with a drum loop and a guitar riff that was added shortly after. One of the coolest things about the Shamed walkthrough tutorial is the reminder that inspiration can come from anywhere. Some of the greatest hardstyle tracks are made using elements from other genres. The audiotricz boys are always thinking outside the box and coming up with fresh ways to keep their music cutting edge.

Audiotricz let you in on their tricks for manipulating sounds, and designing their massive synth stacks so every sound sits in its own pocket. A wide range of topics are covered along the way, including but not limited to:
– Layering pads and atmospheric sounds for texture
– Designing a bass arp to run under the lead melody as a tool for drive and momentum
– How they make their build ups using mostly sounds from within the project
– Creating tension with melodic harmonies
– The importance of all the little ideas that give way to breakthroughs, even if the initial ideas don’t get used in the final track. The importance of this workflow is discussed
– Designing a melody to work as an affective call and response in a club or festival setting

Three Part Synth Library: These banks are packed full of the sounds used on Shamed and their new album ‘A New Dawn.’ We are surprised at the sheer volume of sounds being given away to the producer community. Who says you can’t have quality AND quantity

SHAMED Logic Pro X Project File: The hardstyle buffs at 789ten have been like kids in a candy store with this one. In this consolidated Logic project file for Shamed, all the synths are fully editable with the exception of the Access Virus, which has been bounced down to audio for your convenience. This is the project file for a track at the very top of the production standard for the entire industry. Dig into this project file and learn with immediate access to Audiotricz’ processing, synth stacks, and midi.

Some highlights from the Shamed Walkthrough Tutorial:

1. Adjusting the attack of each kick layer, adding reversals, and compression to stack up a massive hardstyle kick.
2. Layering in vocal and instrumental harmonies to create tension.
3. Using delay feedback on a vocal to create distortion and fill up the frequency spectrum.
4. Adjusting EQ on distorted layers to create desired crunch without offending the ears.
5. Bus processing of hardstyle lead stacks with reverb, delay, and compression.

Audiotricz is taking over 2020. Coming off the release of their album ‘A New Dawn’ we got in the studio with Audiotricz to tell the story of how the song SHAMED came to be. The second Audiotricz 789ten Producer Pack revolves around this fan favourite banger, full of sounds used on SHAMED and on the rest of the album.

Audiotricz are among the best of the best sound designers, in this pack you get direct access to some of their most valuable patches for instantly huge synth stacks.