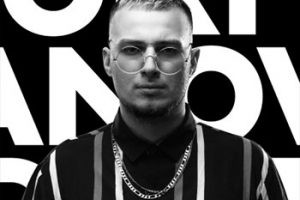 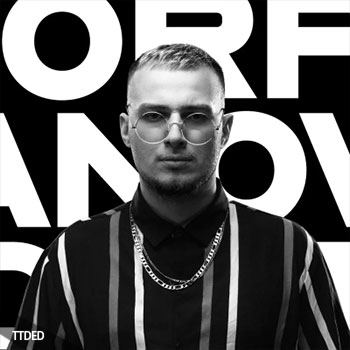 We are incredibly pleased to roll out a producer pack from heavy hitter Ibranovski.

Working with the likes of Afrojack, Blasterjaxx, and Dimitri Vegas & Like Mike, Ibranovski is no stranger to delivering quality goods. Known for keeping a goldmine of OG house music sounds close to his chest, he has never let these out to the world… Until now.

ABSORP SOUND V.1 marks a new beginning for 789ten, as we embark into the new school House Music territory that so many of our fans have been asking for. For those of you wanting to up your house music game and get some nasty sounds, this pack is for you.

Brand new, and all encompassing.

Tutorial: Watch IBRANOVSKI produce a house heater in his own swaggy style, using samples and presets that you will get for your own songs in this exclusive producer pack. A serious tutorial, from a brilliant producer, aimed at really getting in depth on production techniques not covered anywhere else on the web. Pounding drums, dirty house leads, driving basslines, filthy fills, and ahead of the curve house music tricks are just a few things covered here. The song IBRANOVSKI creates is reminiscent of the Chicken Soup era, but with a modern twist.

Sample Pack: This is our first time offering samples in this genre of house! Dirty and nasty sounds from the guy who specializes in making dancefloors move.

FL Project File: FL users rejoice… this is the project file verbatim from the heater that Ibranovski produced live in the tutorial. This is an extremely helpful and rare opportunity to be handed the roadmap to a G House bagner, straight from the studio of the most sought after name in the game: IBRANOVSKI.

BONUS Masterchain: As a special add-on for the engineering buffs out there, Ibranovski included a mastering chain that he uses on a daily basis to get his tracks on that festival-ready level of fatness.

BONUS Valhalla Room Preset: Only producers will know what we mean when we say this reverb setting is EXTREME. It’s important to take risks in music, and Ibranovski is not shy to push the limits and get weird. With the depth jacked up at 99.1% this reverb preset transforms any mundane sound into something outer worldly in a way most of us would not have thought to do before.

Some highlights from this tutorial:
1. Ibranovski’s Arrangement Techniques
2. Creative sample manipulation
3. How to move quick using minimal processing
4. Countless useful FL Studio tricks (features and shortcuts most people probably don’t even know exist)
5. Making samples fit in the mix using pitch instead of on signal processing. Seems simple, but this is truly an art form
6. How to figure out the key of a sample using FL Newtone
7. Using a FL built in effector FX module to fatten up bass, couldn’t believe the difference this made! Night and day!

You do not need all of these plug-ins to learn from this tutorial, the value in this tutorial comes from the technique, not the tools.