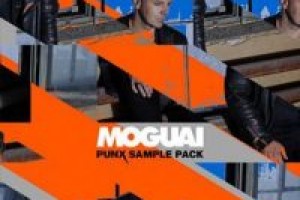 Spinnin’ Records brings us samples directly from electronic music legend and pioneer, MOGUAI. If this were sports, MOGUAI would be running long-distance. Spanning the past two decades, steadily keeping track of his master plan, he continues to deliver trendsetting, Gold and Platinum award-winning productions. MOGUAI has long established himself as one of the most internationally renowned German DJs and producers. He’s a true leader in the field of electronic music, always incorporating multiple styles in his work yet keeping the complex simple and danceable. Born in the Ruhr area, now based in Berlin, MOGUAI made his way from the underground raves of the early ‘90s to playing the legendary Berlin Love Parade for a crowd of 750,000. In light of numerous star-studded collaborations (with the likes of Fatboy Slim, Sebastian Ingrosso, Tommy Trash, KASKADE, Benni Benassi, Tisto, and more recently, Robin Schulz) and timeless productions/remixes for Moby, Afrojack, Steve Aoki, Britney Spears, Kelly Clarkson, Underworld, Fischerspooner, DIDO, or Beyonc, MOGUAI has persistently and relentlessly raised the bar for his peers, albeit never losing sight of the dance floor. And now, you can use custom, original sounds from the award-winning, chart-topping producer in your next track.