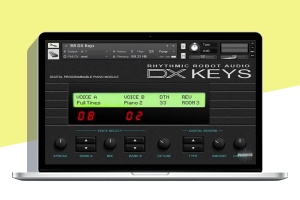 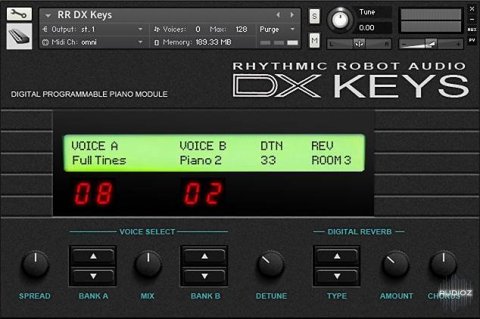 Darth Vader styling, shiny FM tones and tines! ò 8 classic piano and EP patches recreated in meticulous detail, using multiple velocity layers and over 830Mb of compressed samples ò Combine, balance and detune any two Patches in an authentic recreation of a genuine DX Program slot ò Full Tines patch in all its gloryà go on, you know you want to ? ò We think there are sounds in this thing that will pleasantly surprise even hardened DX-skeptics

If you were alive in the 1980s, you were probably exposed to unhealthy amounts of Yamaha DX7 at an early age. In fact, even now, scientists tell us that people who live in cities rather than the countryside are never at any time more than 2 meters away from a DX7.

Wait. That might be rats. Anyway, the point weÆre trying to make is, this thing was everywhere in the 80s, so much so that itÆs become for many folks the Synth To Hate: not only did it usher in a new age of tiny LCD panels and pushbutton, menu-driven editing, plus a hugely complex and frankly rather overwhelming new form of synthesis, but it also defined a whole new sound û clean, crisp, shiny, and perhaps just a touch sterile. This was CD versus vinyl, digital versus analogue, the DX versusà well, every other synth out there. And it had one killer advantage over them all: it had the best Electric Piano patches on the planet.

In retrospect itÆs easy to understand why people were blown away by it, though. The original DX7 may have been a bad pizza dream to program, but it had 16-voice polyphony, stable tuning, you could carry it under one arm, and there was a whole range of credible sounds lurking in its innards û okay, so the strings were a bit thin, but man, listen to those electric pianos, and dig that funkadelic bass!