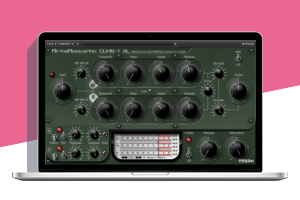 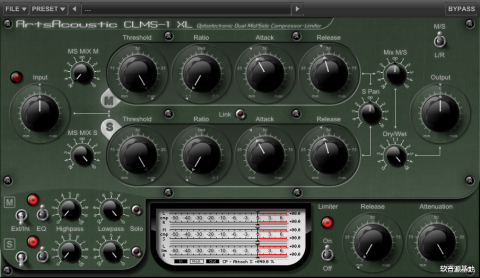 ArtsAcoustic CL Series v1.0.19 (Win / Mac OS X) | 114 MB
The ArtsAcoustic CL Series is a bundle of 3 accurateley analog-modelled photoelectronic dynamic processors, nameley CL-1, CLMS-1 and CLMS-1 XL. They`re based on various analog optoelectronic diode tube compressor schematas used during the late 70`s up to the mid 80`s. There are several other compressor/limiters out in the plugin realm, so what was the reason for us to do dynamic plugins, too? The answer is simple: the sound. While a lot of compressor/limiters claim to give you the true analog sound, we think that there is still room for a lot of improvement. In short: in our opinion it`s not done by simply adding a bit of saturation at one place in the signal chain. There`s way more to it.

So what was the goal?
Our destination was a dynamics processor suite that gives us what we precieve as true analog sound. Of course that`s subjective. But spending the last 25 years with every compressor we possibly could get our hands at, we felt that the sound, while certainly good on some plugins, still isn`t what we precieve as analog sound with strong character. So through the last 1 1/2 years we`ve dissected every rare analog high end compressor/limiter we own or could get our hands on (1176 silverplate, dbx 160, valleypeople dynamite, to name a few). Developing the compressors, we didn`t stop at just emulating the circuit structure, but we modeled the crucial parts of the units themself (such as transistors, resistors, capacitors, etc), where we felt it was necessary, as only then the desired effects take place. The result is an algorithm that provides the same sound of an analog circuit, along with all beautiful side effects we love from those old, colourful machines. Out of this algorithm the cl series came to life. It is our contribution to get truly musical, analog sound into your digital hosts.

differences
while a lot of compressors work satisfyingly on only a fraction of material, we did put the focus on the CL Series to work well on all material you plug them onto. great care has also been spent to provide you with plugins that sound as good as possible with all settings you might use, be it gentle or extreme. also all three plugins feature negative ratio (very rare) as well as automatic gain reduction limiting, which ensures great results even when driven very hard. last but not least, every plugin of the CL Series features the possibility to do NY style compression by providing you with a dry/wet mix, so you can squash the hell out of your audio, then mix back the original signal for a very natural overall alive sound.

cpu usage
reading all this you might think that the CL Series uses a lot of cpu, but it does not. we have painstakingly optimized the algorithm in assembler, so that the plugins eat the absolute minimum cpu. while cpu`s get faster with every generation, we still think it is an absolute priority to keep the cpu usage as low as can be, so that you never have to worry about having enough power to run these plugins to whatever extent you might need them.